and the second one shows the same feature further onto disk:

These movies show motions in a solar prominence. Prominences are clouds of relatively cool plasma magnetically suspended in the hotter surrounding solar atmosphere. By studying the motions and oscillations in a prominence, we can gain insight into their dynamic structure. A longer term research goal is to understand what makes some prominences unstable and erupt into space, while others don’t.

This image in the AIA 304 channel shows the same prominence: 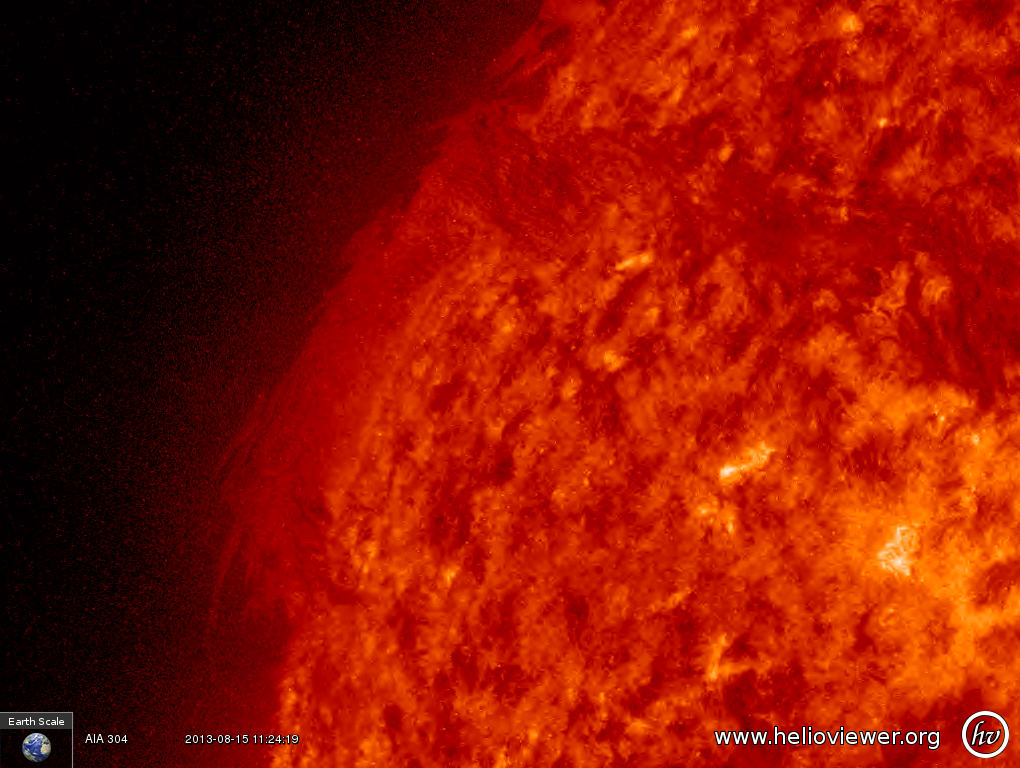 You can see from this picture that the prominence extends for a considerable distance, and appears to bend.

Thanks for sharing these movies, CuriousTess!