Parker Solar Probe was launched on 12th August, 2018. It will swoop to within 4 million miles of the sun’s surface, facing heat and radiation like no spacecraft before it. Parker Solar Probe will provide new data on solar activity and make critical contributions to our ability to forecast major space-weather events that impact life on Earth.

Open up the data sources – there is a new option “Celestial bodies”.

Opening “Celestial Bodies” leads to this 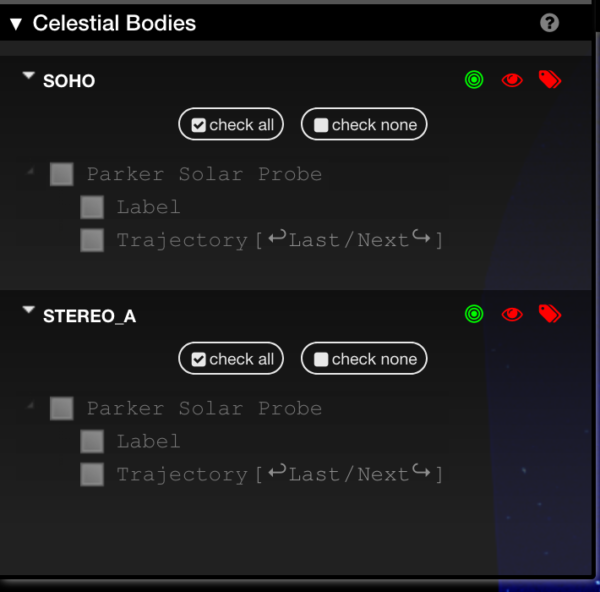 Choose SOHO if you are looking at AIA and LASCO data; otherwise select STEREO-A.  You can use the “Last” and “Next” buttons to jump forward and back to the previous and next Parker Solar Probe encounters. Click on the check boxes to show the encounter trajectories and Parker Solar Probe position.

Screen shots and movies also show whatever is selected: 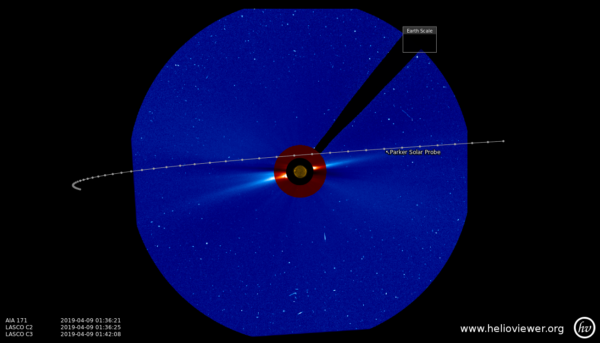 To find out where the Parker Solar Probe is right now, click here.